by Sam Gas Can / Bastian Void 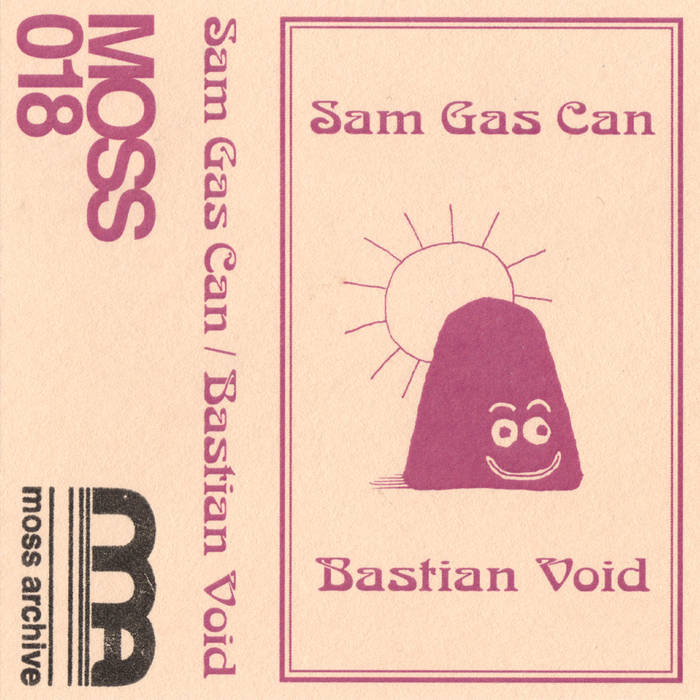 It only took about ten years for Sam and I to get around to a split! We made this for our little California tour in July of 2015. This edition was limited to 25. Though a reissue is forthcoming on Soft Science Records.

Sam's side is assembled mostly from recordings he made while on tour in 2013. It features children playing bells, choral singing, friends laughing and playing music... real moments all topped off by a genius reading of Terry Riley's 'Rainbow In Curved Air' manifesto. The whole thing is really cohesive and inviting. It's a joy to listen to and directly inspired my side...

I set up a generative pattern on the modular synthesizer; a ragga-esque mediation on a sequence of notes. The whole thing was recorded live and hands-off, directly to tape. The idea was to create a piece that is constantly shifting in timbre and would carry the listener into a state of deep serenity. Recorded in the dead of winter with snow piling up like mountains outside my house.

Edition of 25. Designed by Sam and Joe. Printed, assembled, dubbed and stamped at Moss Archive. July 2015.

SGC Side:
Recorded all over the Eastern half of the USA
Words on "Huaylia" written by Terry Riley